The local population was not immediately aware of the symbolic significance of the death of Private Price. Indeed, it was a few years before it was confirmed that he was the last Canadian soldier, even from the Commonwealth, to have fallen during the First World War!

George Price immediately became the symbol of thousands of soldiers who came from the other side of the Atlantic and sometimes even further away to defend the freedom of people, our people, even losing their lives for this!

People gradually became aware of that. A bond of sympathy and recognition developed on both sides of the Atlantic.

Many legends evolved around the circumstances of George Price’s death. One thing is certain though; it was one of the teachers, who worked at Ville-sur-Haine at the time, who collected a fabric flower he had in his pocket. This velvet flower, shaped like a maple leaf and stained with blood, was then placed under glass with the following words from the teacher: “On this 11th November 1918, at the ultimate moment when peace was signed, you fell for us – last victim of a sad conflict. Thank you George Price! A drop of your blood soiled this simple flower you were hiding on your chest.” 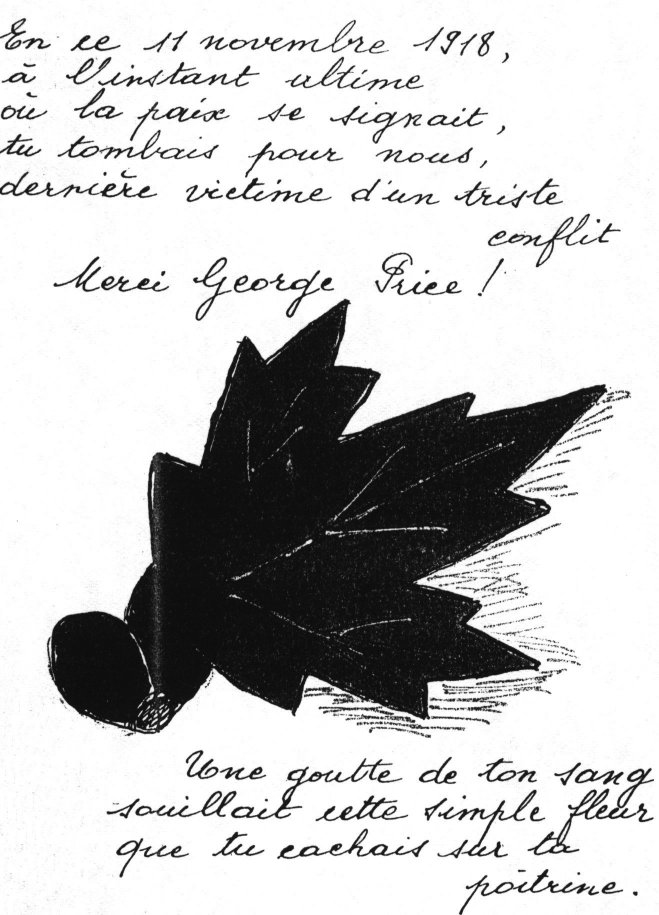 Until 1968, the memory of Price was celebrated each year.

Indeed for the 50th anniversary of the Armistice, Colonel McIntyre, who commanded the infantry battalion to which Private George Price belonged, initiated the necessary steps for a commemorative plaque to be attached to the front of the house where he had been shot two minutes before the end of the hostilities. 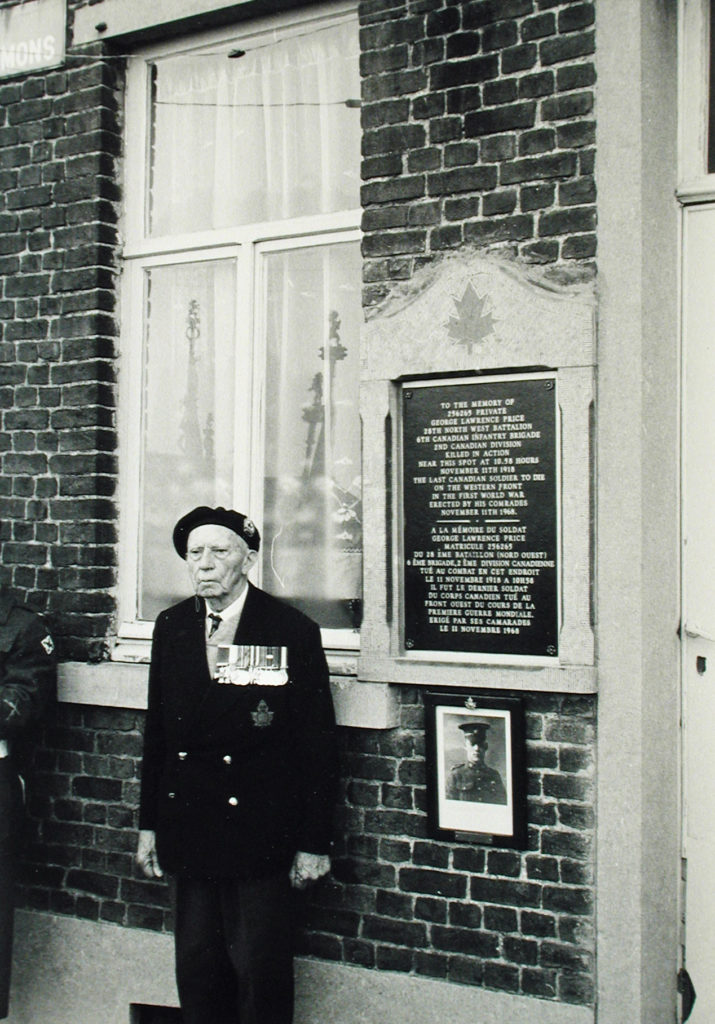 The father of the current Deputy-Mayor of Roeulx, Benedict Friart, was also present during the patriotic event in which some members of the Canadian Mounted Police participated, much to the approval of the public.

In the 80s, this memorial of Private Price had to be moved because of the construction of a new channel. However, the footbridge crossing the water at that place was named: Price Bridge. 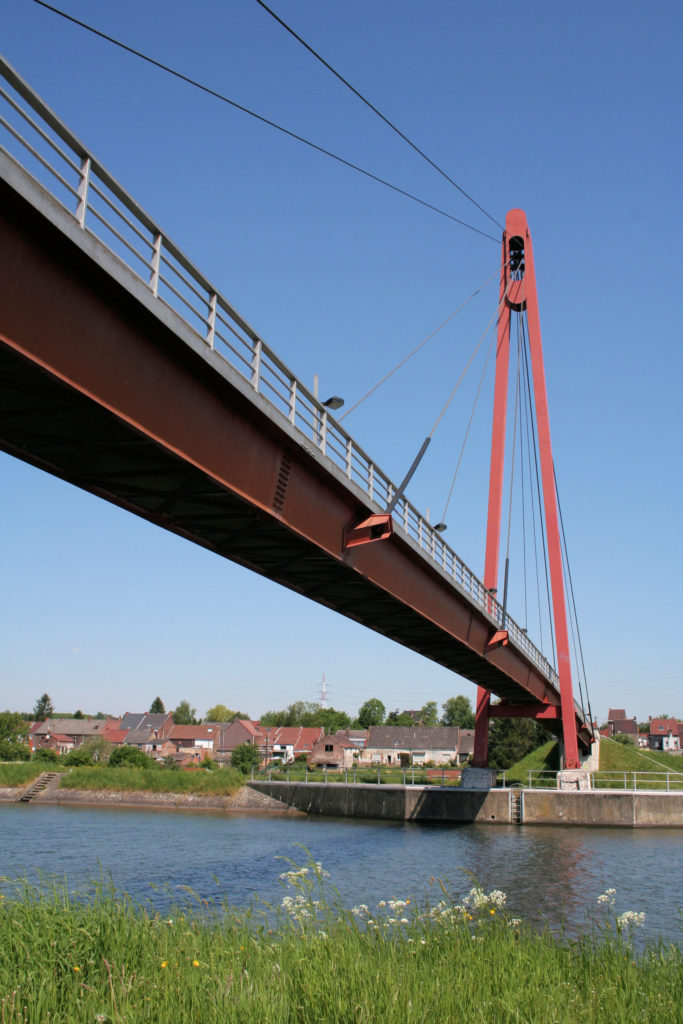 On the occasion of the inauguration of the bridge, potential descendants of George Price were sought and, as confirmed in January 1990, his nephew George Albert Barkhouse, son of the fallen soldier’s sister, was found. 73 years later he came to Belgium with deep emotions and received said velvet flower spotted with his uncle’s blood. 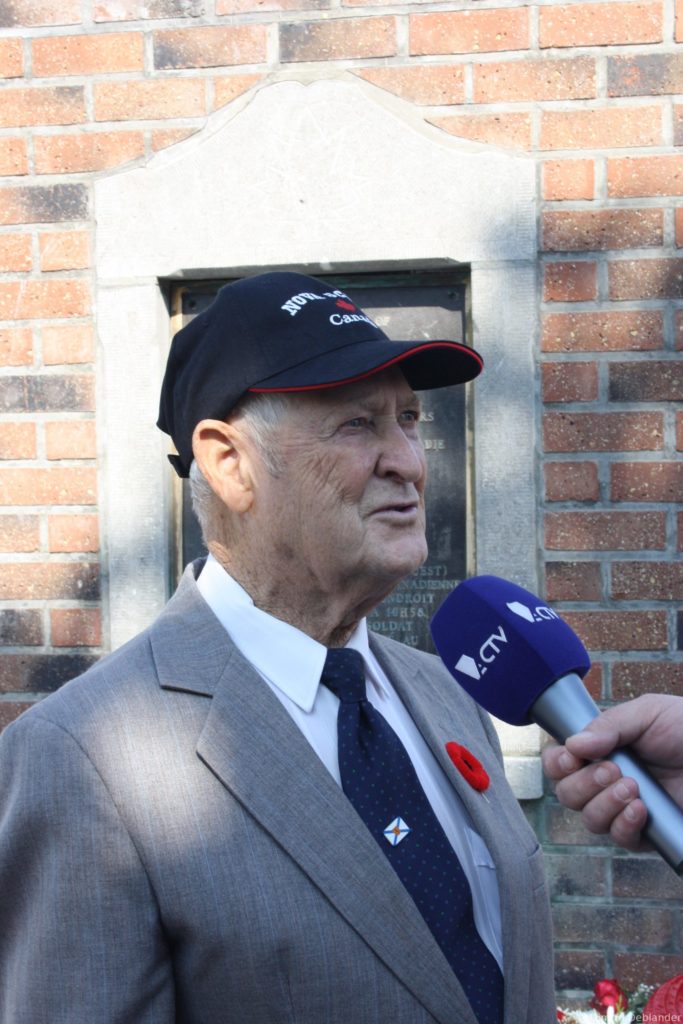 But the story does not end there! The mysteries of the Web connected a member of the Roeulx Circle of History, Jean Leclercq, with a certain Dr. Michaël Moss, MD, Head of the Department of Pathology at the University of Halifax. Jean Leclercq, was designing the first online tourist site in 1996 and Michaël Moss wanted to make a movie about George Price. Mr. Moss told us that in 1970, the Canadian English TV had interviewed George Price’s sister Mrs Florence Price-Barkhouse, who died in 2003. In the early summer of 2003, a Yapfilms Productions team from Toronto discovered an important part of the documentary-fiction in Belgium.

Benoît Hautenauve,
Historian and President of the Tourist Office of Roeulx