At the initiative of the City of Roeulx Municipal College, a working group was formed in May 2014.

It consists of representatives of the City and the Board of Tourists, Canadian soldiers stationed in SHAPE and local historians.

The Wallonia Arts Commission is also co-operating in the project by selecting the artist who will create the monument.

Bonds of Belgian-Canadian friendship gradually developed through the many meetings of the working group.

This helped to develop related events such as the Canadian Military Corps’ active participation at the annual 11 November commemoration and the inauguration of the future Memorial located near George Price nursery and primary school on 24 April 2015. 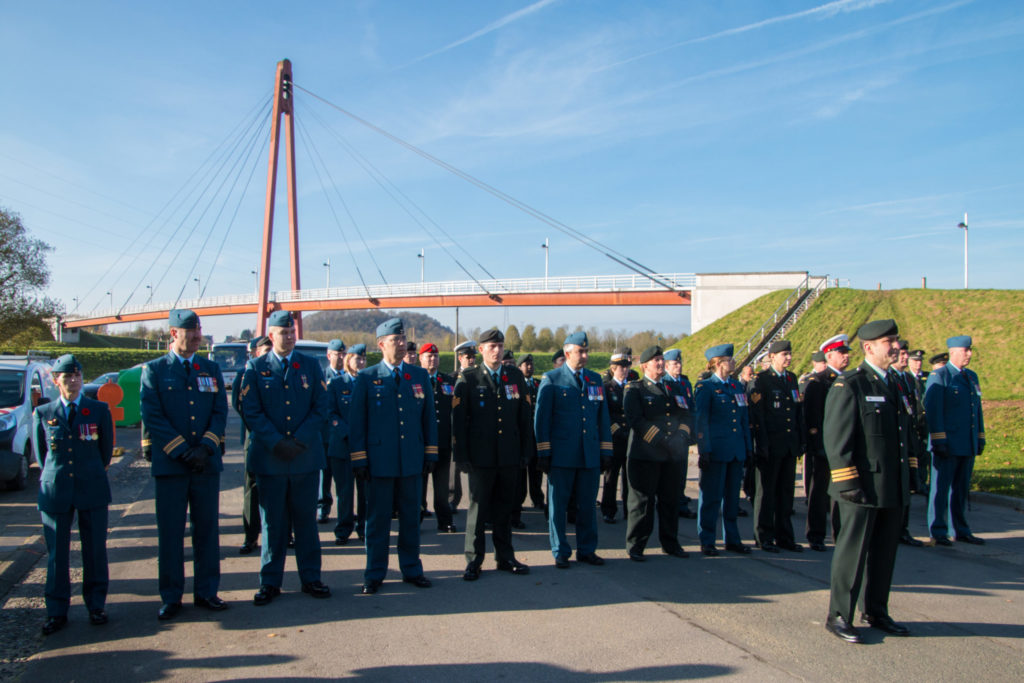 George Price or the archetype of freedom

Over time, the person George Price became anchored in the hearts of the Rhodians.

To the citizens of Roeulx, at the time, the arrival of Canadians in the city felt like a really “deep breath”, a relief.

Moreover, there are numerous tributes to their presence in Roeulx, as demonstrated particularly by the “rue Canadienne” (Canadian Street) or the “rue de la Liberté” (Liberty Street) (symbol of the liberation of Roeulx by Canadians). For Ville-sur-Haine, the Price monument itself is a symbol of freedom. 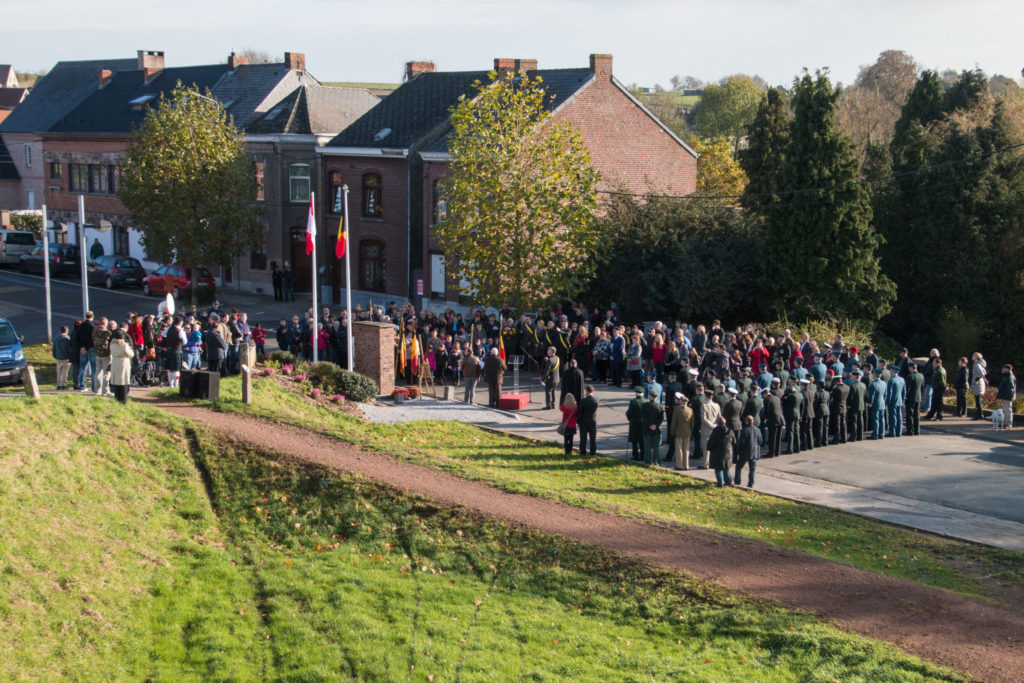 The aim of George Price’s presence in our homeland was to counter the enemy, protect people and liberate our lands from the German presence.

In doing so, for Rhodians and, on a larger scale, for the entire country of Belgium, this Canadian soldier symbolizes the Allied Forces fighting alongside the Belgians.

United in the same fight and battling against the same outrages, Canadians and Belgians fought together for peace and freedom.

George Price, therefore, also serves as an example, a hero to the extent that he alone represents all the courage and determination of the soldiers who came to fight, sometimes losing their life on Belgian territory. Thus, our entire Belgian community recognizes this man as a model figure, fighting beyond the borders in order to guarantee a better future.

Every year on the occasion of the commemoration of the end of the First World War, the students of the schools in Roeulx come to pay tribute to George Price.

Often, they are deeply touched by the fact that he was killed two minutes before the implementation of the cease-fire, subsequent to the signing of the Armistice.

It is certainly the feeling of injustice and powerlessness that increased the people’s emotional support for the person George Price.

Because of this enormous symbolic and emotional charge that sustains the persona of Private George Price, the City of Roeulx would like to renew his memory by giving him a worthy place of tribute among the great heroes of history, hence completely renewing his current memorial.

With this memorial project, which allows us to express our gratitude regarding the commitment of the countries of the Commonwealth during the First World War, we strive to promote Remembrance Tourism which involves civic duty and educational enrichment while contributing to the economic and cultural life of the regions.

Remembrance Tourism, also called Memorial Tourism, is a form of sightseeing which is to emphasize the historical heritage of the place, especially when that site was marked by a one-time event, significant in the sense of maybe becoming an initiator or being potentially painful. This can be a battle, a political act or a massacre. Remembrance Tourism therefore develops especially with the visit of notable historic sites, military cemeteries and ancient monuments, but also Memorial Buildings constructed after and, independently of, the event (museums and memorials) – Wikipedia definition 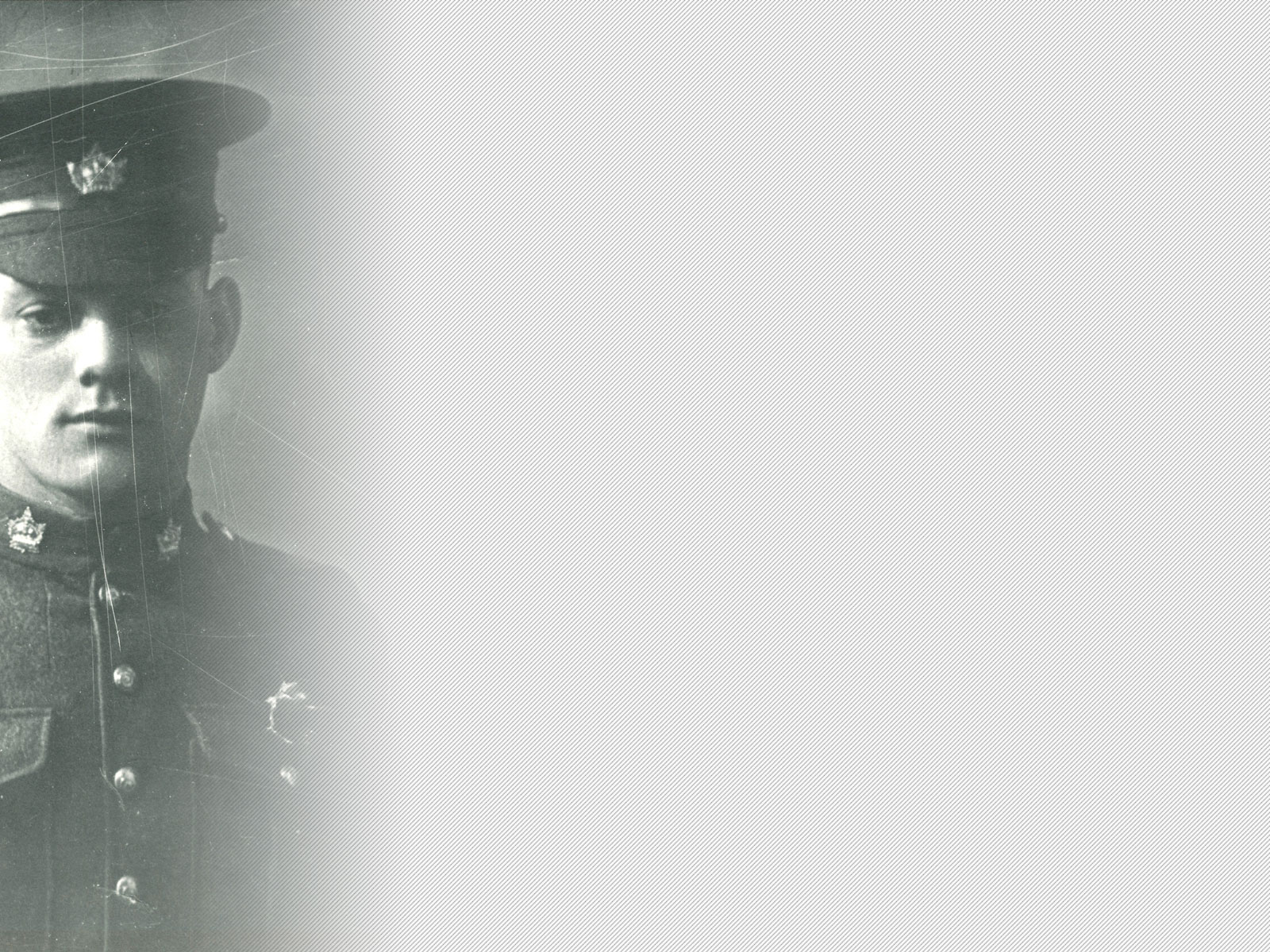